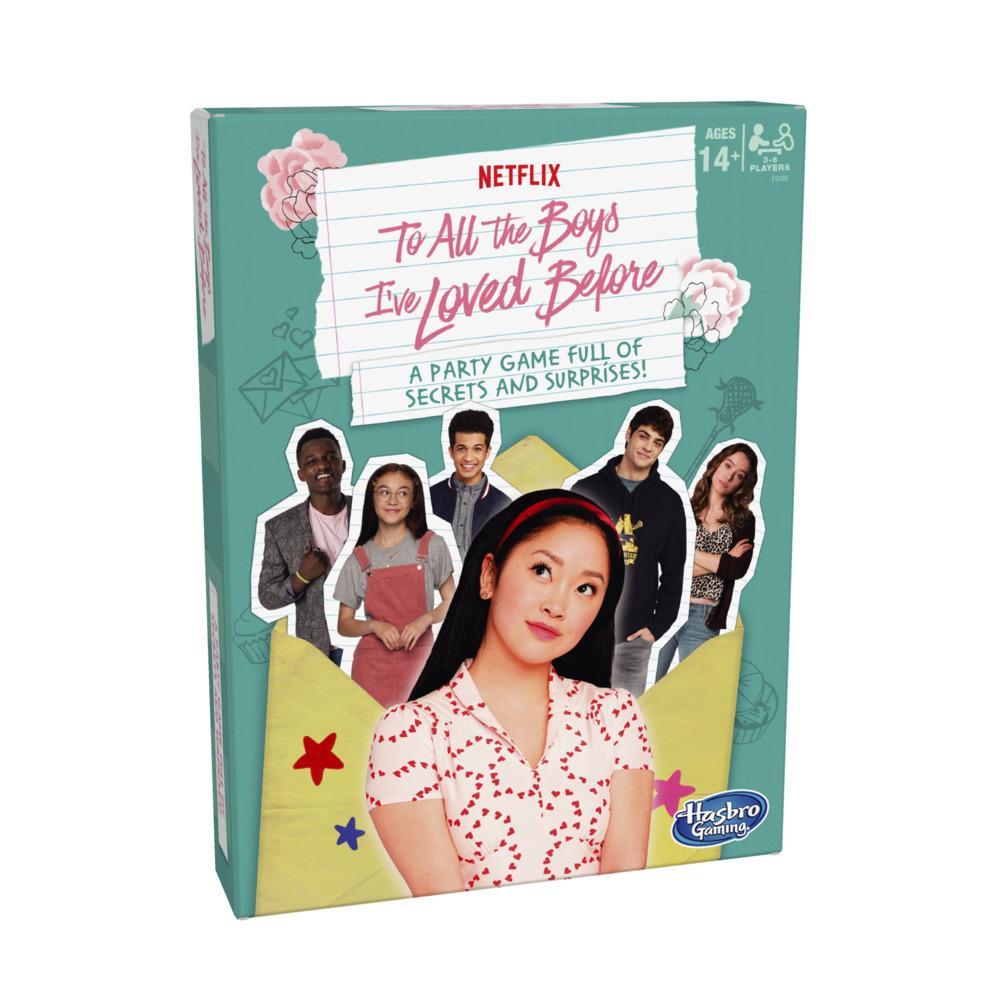 Get ready to play an awesome party game, inspired by the popular Netflix film, To All the Boys I've Loved Before. Players secretly write their answers based on the card drawn. Whether it's responding to a Would You Rather card, The Truth Hurts card, or a Return to Sender card, players can discover how well they really know their friends! Collect personality tokens representing different personality traits: passionate, perceptive, confident, and temperamental. The first player to collect 6 tokens wins the game, and gets to take the quiz to find out which To All the Boys I've Loved Before character they most closely resemble. Fans can discuss some of their favorite movie moments…and reveal secrets about themselves as well as their friends. This party game makes a great gift for ages 14 and up.
Copyright Netflix
Hasbro Gaming and all related trademarks and logos are trademarks of Hasbro, Inc.

SECRETS AND SURPRISES: Get friends together to play this awesome board game inspired by the Netflix Original Film, To All the Boys I've Loved Before. It's a great party game for teens, ages 14 and up
BOX OF SECRETS: This party game is full of secrets and surprises! And your secrets were safe…until now. Players hide their answers in Lara Jean's Box of Secrets
THREE TYPES OF CARDS: Draw from 3 different types of cards: Would You Rather, The Truth Hurts, and Return to Sender. Players secretly write their answers on notes and place them in the box
PERSONALITY TOKENS: Reveal secrets and make humorous difficult choices about other players to collect personality tokens. The first player to collect 6 personality tokens wins the game
FUN PERSONALITY QUIZ: The winner gets to match their tokens to the quiz key card to find out which To All the Boys I've Loved Before character they are most like
• 150 cards, Box of Secrets, 2 notepads, 60 personality tokens, quiz key card, and instructions.
Ages 14 and up
• For 3 to 6 players.