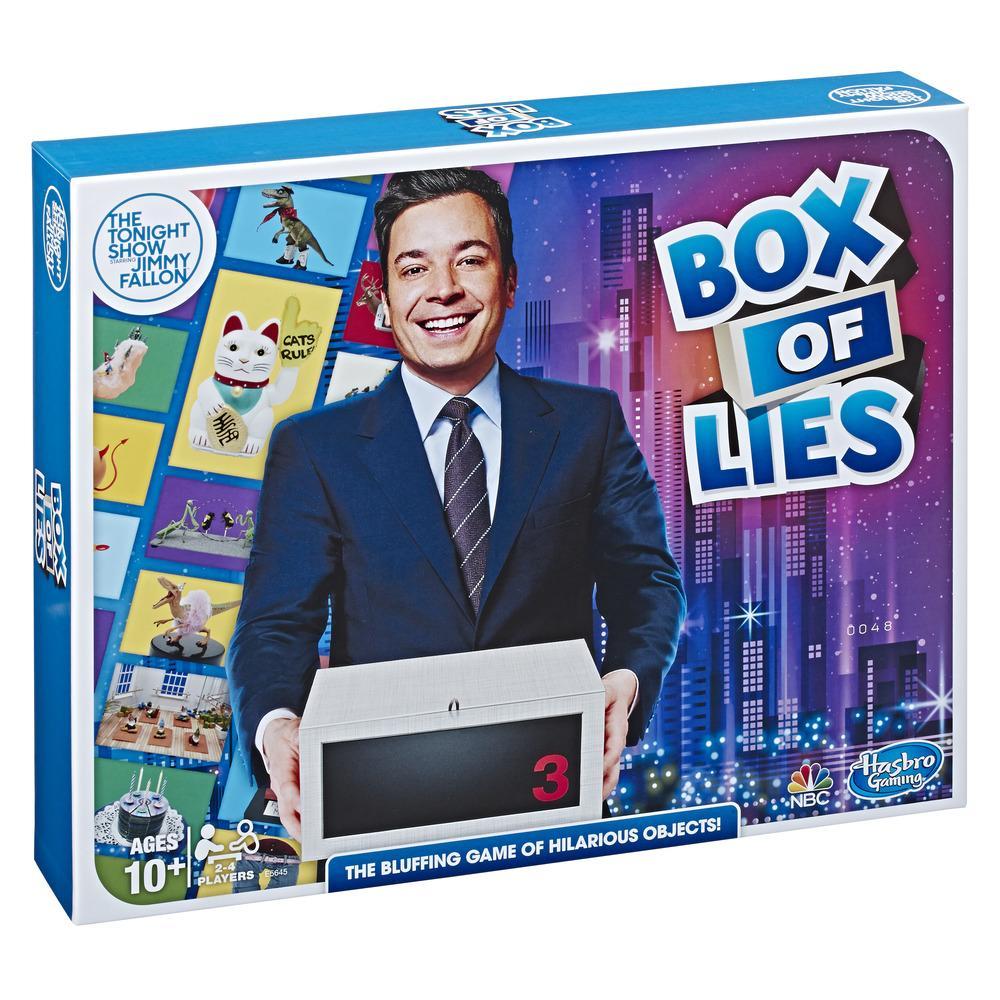 Challenge friends to the bluffing game of hilarious objects, based on the Box of Lies game played on The Tonight Show Starring Jimmy Fallon! A player opens one of the mystery boxes without letting their opponent see. What ridiculous object is on the mystery card inside? They'll either lie about it or tell the truth, depending on whether they flipped the Truth or Lie tile. Who can convince their opponent that they're lying when they're actually telling the truth? How about telling the truth when actually lying? Trick opponents to win the round --otherwise they do! It's about bluffing your way to victory in this wickedly-fun party game inspired by the Tonight Show Starring Jimmy Fallon.
The Tonight Show Starring Jimmy Fallon is a trademark of NBCUniversal Media, LLC and a copyright of Universal Television LLC. Licensed by Universal Studios 2019. All Rights Reserved.
Hasbro Gaming and all related terms are trademarks of Hasbro.

• THE TONIGHT SHOW FUN…AT HOME: This hilarious bluffing game is based on Box of Lies, the wildly-funny game played on The Tonight Show Starring Jimmy Fallon
• STUMP FRIENDS IN THE BOX OF LIES CHALLENGE: Take turns trying to deceive each other about the ridiculous images inside the mystery boxes
• LIE OR TELL THE TRUTH: Either describe what's in the box or make it up. Can you trick your opponent? Players try to get opponents to think they're doing the opposite to win
• 150 MYSTERY ITEM CARDS: What bizarre item will be in the Mystery Box? The Box of Lies game includes 150 double-sided mystery item cards with 300 outrageous images to keep the laughs coming
• PARTY GAME FOR TEENS AND ADULTS: Fans of The Tonight Show Starring Jimmy Fallon, ages 10 and up, can challenge their friends to call their bluff on hilarious lies