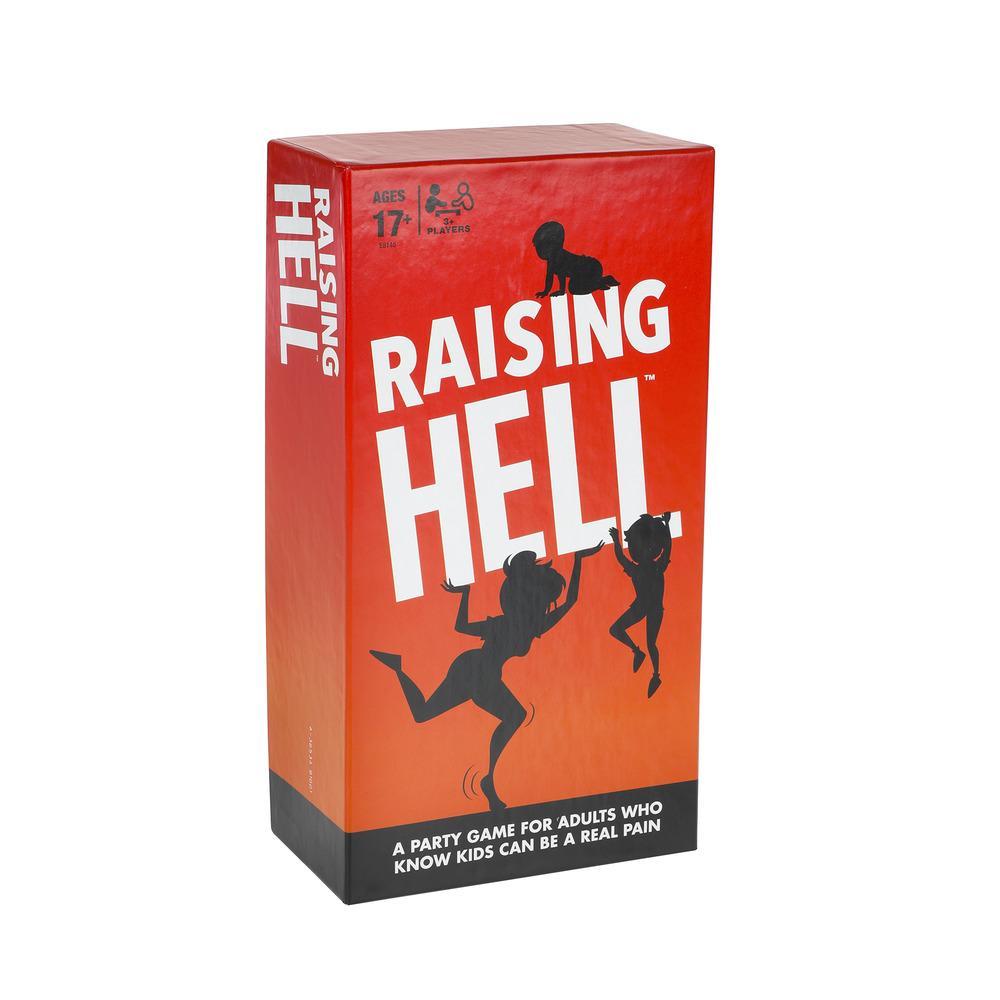 Most of us love kids, but doesn't it feel good to laugh at the occasional misery of being around them? Bring some fun to game night with the Raising Hell party game. The game comes with 300 caption cards and 72 photo cards. Players take turns being a judge, and the rest of the players draw 7 caption cards while the judge reveals a photo. Each player chooses their best caption to pair with the photo -- it's like creating a funny parenting meme in real life. Some of the hilarious captions include "When things are too quiet in the next room," "When you realize your kid is not a genius," "Stretch Marks: Were they worth it?" and other things you don't usually get to say out loud. The judge decides who wins each round, and the winner keeps the photo card. Unlike raising kids, this game doesn't take 18 years to play; the player with the most photo cards at the end wins the game!

Hasbro Gaming and all related terms are trademarks of Hasbro.

• Includes 72 photo cards, 300 caption cards, and instructions.
• PARTY GAME FOR ADULTS: Celebrate the absurdity of being a kid with this hilarious party game about the not-so-precious moments of growing up
• IT'S OK TO LAUGH AT KID FAILS: Take a time out and play this laugh-out-loud party game that's every bit as weird as you and your friends are
• PAIR A PHOTO WITH A CAPTION: Admit it: kids can drive you insane. Laughing makes it all better! So take a break and have fun creating these memes about ridiculous kids
• TAKE TURNS BEING THE JUDGE: Players take turns being the judge deciding who wins the round; the player with the most photo cards wins the Raising Hell card game
• INCLUDES 372 CARDS: The Raising Hell party game includes 300 caption cards and 72 photo cards; the player with the best caption for each photo round wins
• Ages Adult
• 3 or more players