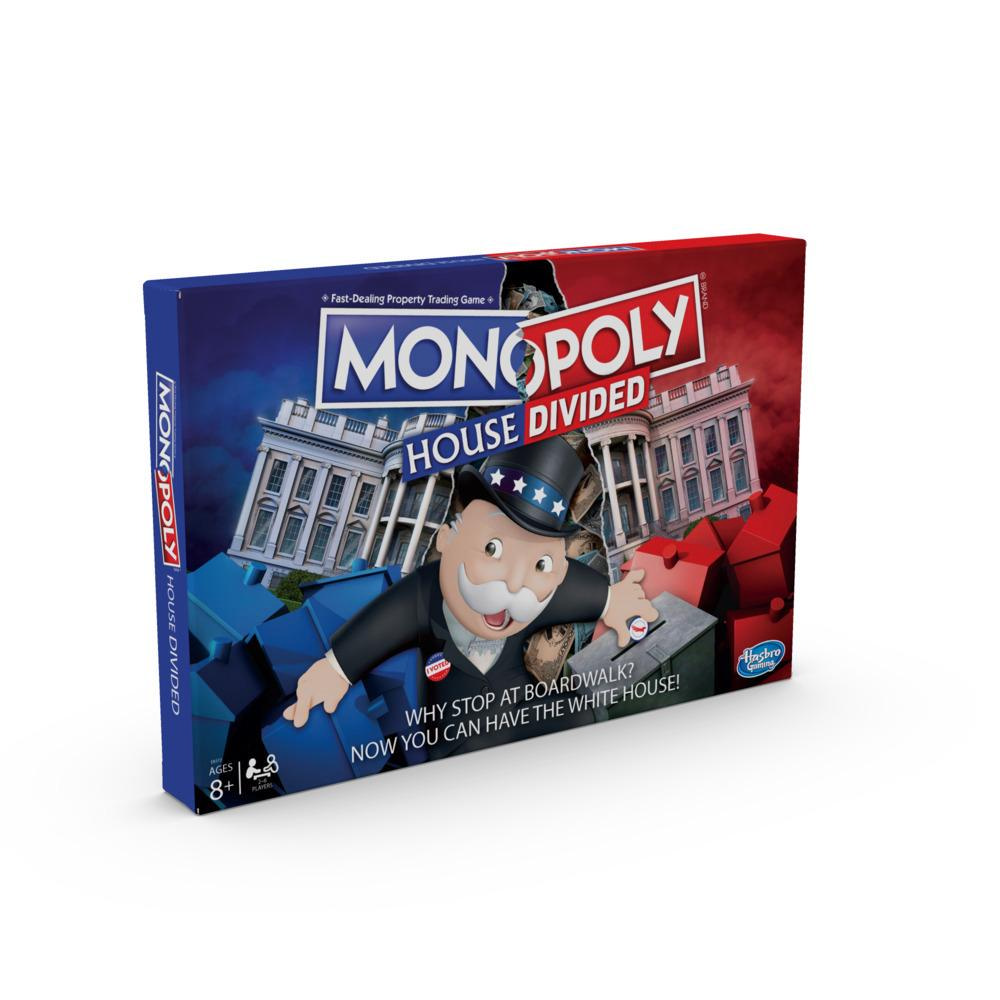 Monopoly House Divided Board Game for Ages 8 and Up

The Monopoly House Divided board game celebrates the ups and downs of an election campaign. Imagine being in the midst of it all with this exciting game for families and kids ages 8 and up. Players buy states, earn votes, and collect rent. Establish Campaign Headquarters to earn more votes. Executive Power cards and I Voted cards let players do a variety of things such as steal states or send opponents to Jail. Those lucky enough to get the White House token can double the rent they charge, and add more votes at the end of the game. When all the states are claimed, the candidate with the most votes wins!

WIN THE PRESIDENCY: The Monopoly House Divided board game is about U.S. Elections. Buy states, earn votes, and take over the White House as the new president
IT'S PARTY TIME: In this Monopoly game, players choose a Candidate token and get assigned to the red or blue party. Players vote with their party -- unless it's better for them not to
BUY UP STATES: Instead of buying properties, players move around the board buying as many states as they can. Each state earns a player votes and lets them collect rent from other candidates
CAMPAIGN HEADQUARTERS: Instead of Houses and Hotels, players establish Campaign Headquarters. More headquarters means more votes and more money
PICK A CARD: Players can flex their political muscle with Executive Power cards. Vote on who profits and who has to pay with the I Voted cards