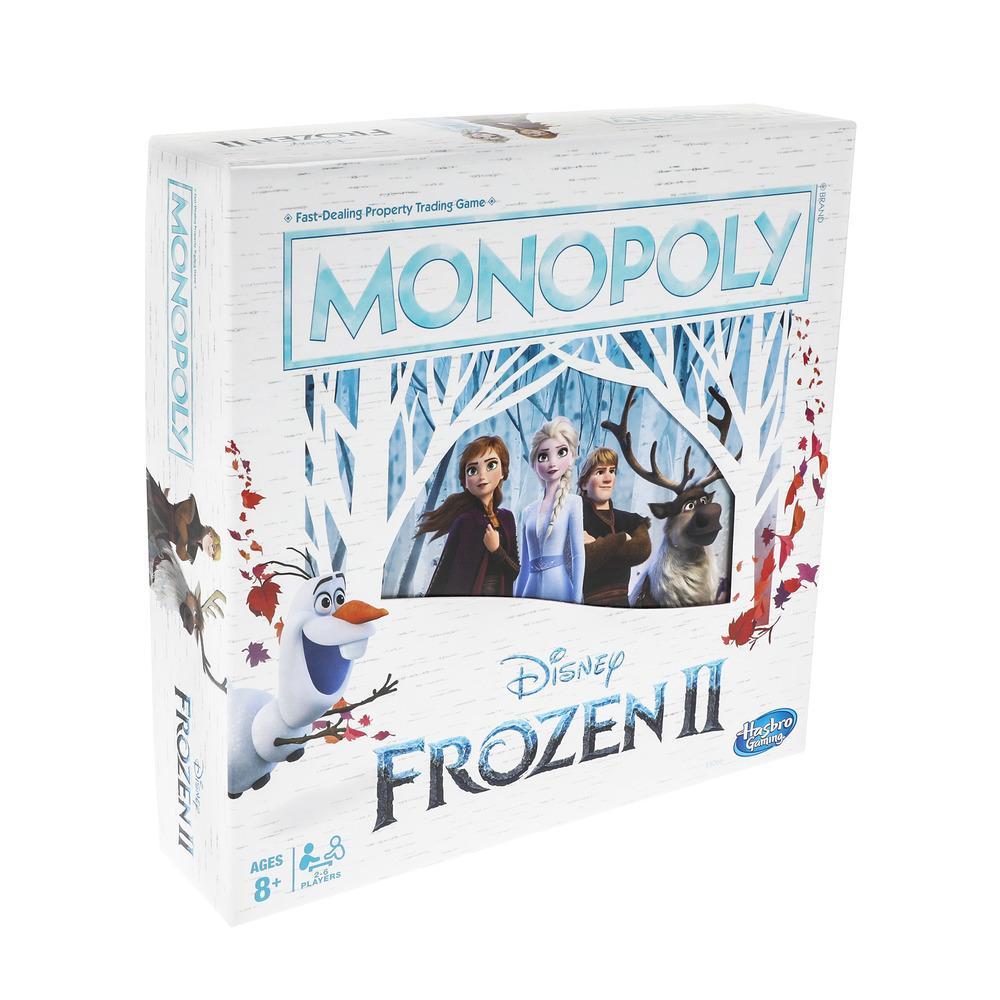 Monopoly Game: Disney Frozen 2 Edition Board Game for Ages 8 and Up

Journey through Arendelle and beyond! In this Monopoly Board Game: Disney Frozen 2 Edition, players travel around the board buying up magical locations inspired by the Disney Frozen 2 movie. The Properties are scenes from the movie, and come in color sets. If a player lands on a Snowflake space or draws a certain Chance card, they can place the Snowflake token on any property they own. Whoever lands there has to pay double rent. Activate Elsa's epic powers by sharing a favorite family memory, and use the Snowflake token to receive double rent! The last player with money when all other players have gone bankrupt wins!

MONOPOLY GAME: DISNEY FROZEN 2 EDITION: Fans of Disney's Frozen 2 can enjoy playing this edition of the Monopoly board game that celebrates Anna and Elsa's journeys through Arendelle and beyond

FEATURES AN ICY TWIST: When players land on a Snowflake space or draw a certain Chance card, they can place the Snowflake token on any scene they own. Whoever lands there pays double rent

LOCATIONS FROM DISNEY FROZEN 2: In this version of the Monopoly game kids can buy scenes inspired by the Disney Frozen 2 movie