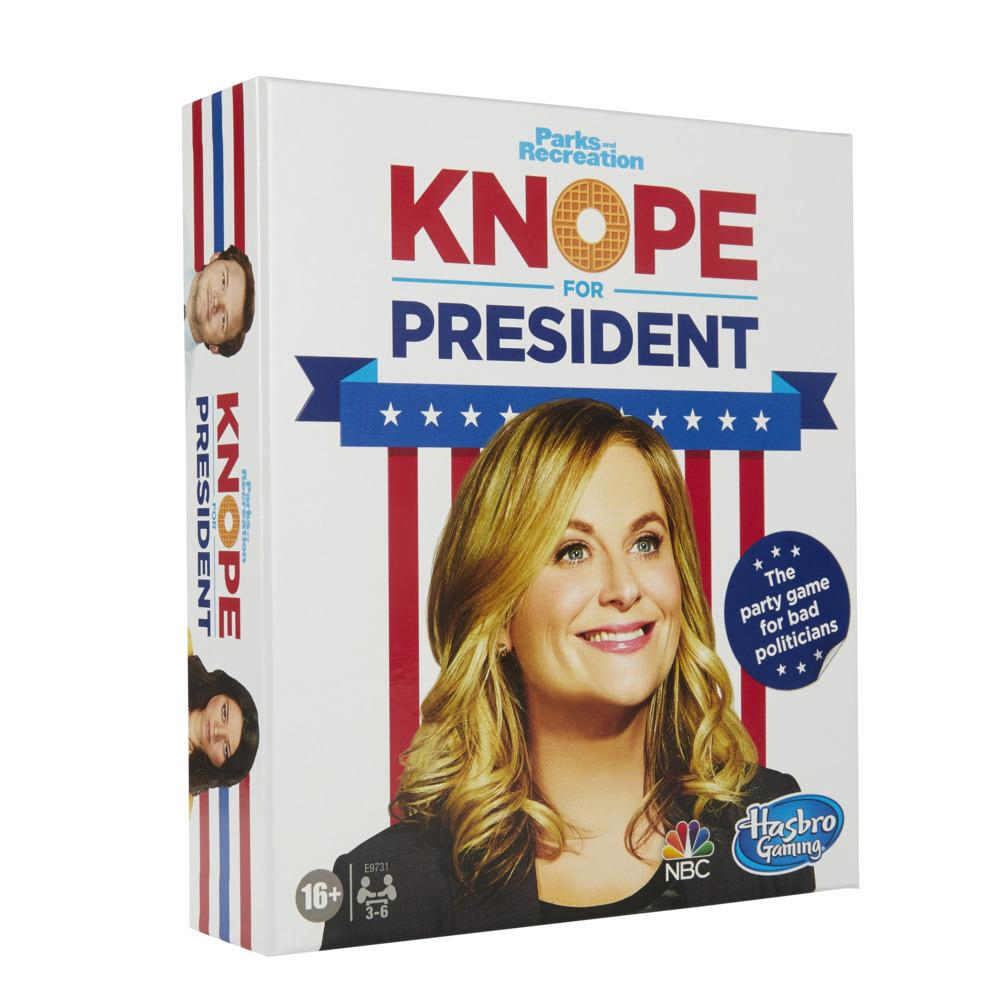 Knope For President Party Card Game for Ages 14 and Up

Master the spin and pull your campaign out of the pit with the Knope for President game inspired by the hit series, Parks and Recreation. Pawnee's reporters keep uncovering controversies and players try to defend their reputation to stay in the race. The reporter reads a scandal based on the show, and you choose your best Spin card quote, and really try to sell it. Add your own drama and details so that the reporter will choose yours as the best. And if you're a true Pawnee Insider, you can do it in character. Harness the enthusiasm of Chris Traeger or the passion of Leslie Knope – or whomever you're quoting. The reporter awards the best one a Vote token and the first player to earn 3 tokens wins the nomination…and the game. This party card game is for ages 14 and up.
Hasbro Gaming and all related trademarks and logos are trademarks of Hasbro, Inc.
Parks and Recreation is a trademark and copyright of Universal Television. Licensed by Universal Studios 2020. All Rights Reserved.

PARKS AND RECREATION THEME: It's time to catch your dream and shackle it to your heart as you play this party game inspired by the hit TV show, Parks and Recreation
SPIN THE SCANDALS: The reporter reads a Scandal card and candidates respond with a Spin card. The hilarious and wacky scandals, scenarios, and quotes are all inspired by the Parks and Rec television series
GET VOTE TOKENS WITH THE BEST SPIN: When candidates present their Spin response they can embellish, add drama, or say very little as long as they incorporate the exact character quote on the card
PAWNEE SCANDALS: Candidates respond to headlines from The Pawnee Journal or the Pawnee Sun, a prompt from Ya Heard? With Perd's Perd Hapley, or a citizen write-in
PARTY GAME: Fans of Parks and Rec will love this party game about the pitfalls of politics. It captures the essence of the show's quirky characters and scenarios. The game is for ages 14 and up