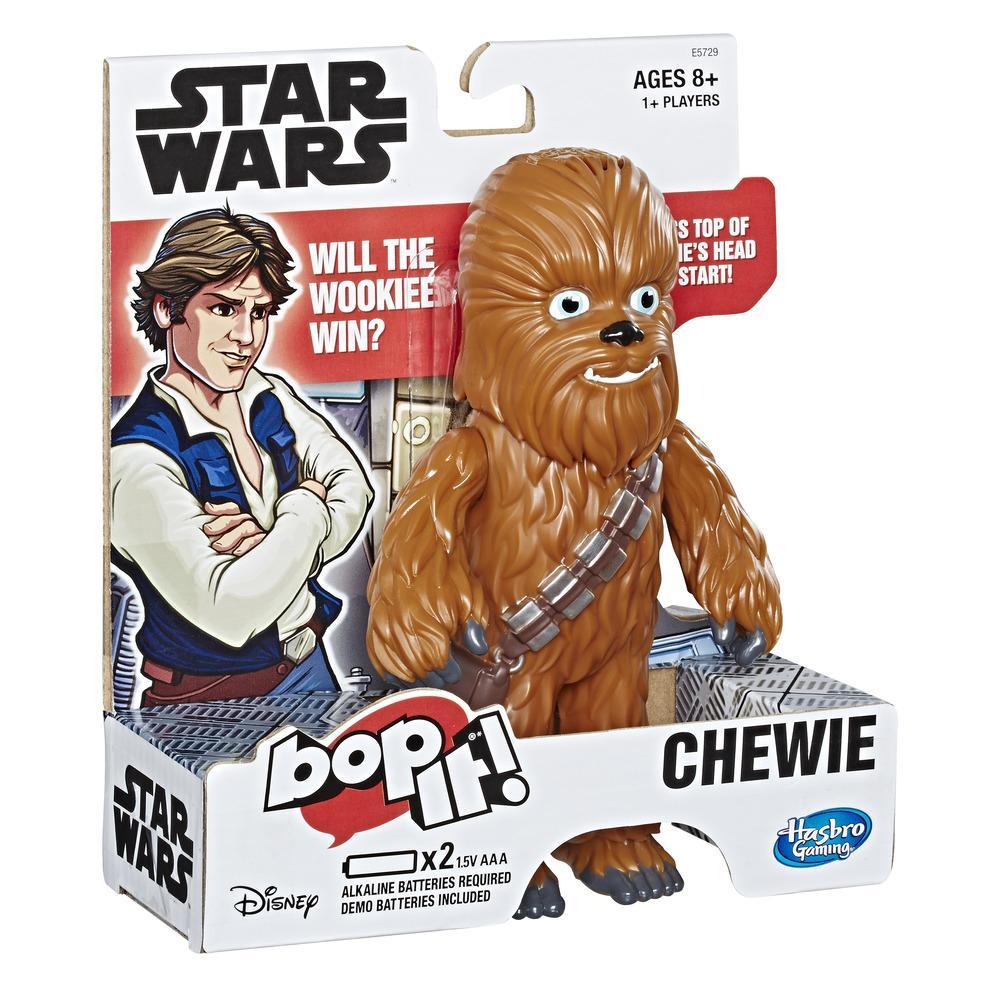 Bop It! Electronic Game Star Wars Chewie Edition for Kids Ages 8 and up

Twist it, pull it, and take the game out of this galaxy with this Chewie edition of the Bop It! game. The Bop It! Star Wars Chewie Edition game features gameplay like the original, but with an intergalactic twist. This electronic game commands players to take 3 actions in the voice of Han Solo, and they need to respond correctly and as quickly as possible. If a player gets it right, they get another chance, but if they don't -- they're out! The commands get faster the longer they continue, and players will hear the sounds of Chewbacca (and some funny phrases by Han Solo) as they play. The game unit features 2 modes: Solo and Pass-it, so kids can play alone or with friends. Don't let the Wookie win!
Copyright and TM Lucasfilm Ltd.
Hasbro Gaming and all related terms are trademarks of Hasbro.
DESIGNED TO LOOK LIKE CHEWBACCA: The Bop It! Star Wars Chewie Edition game features original Bop It! gameplay featuring Chewbacca
REAL SOUNDS OF CHEWBACCA: Star Wars fans can appreciate the Bop It! Chewie Edition game as it features the real sounds of Chewbacca
VOICE OF HAN SOLO: The Chewbacca electronic game unit also features the voice of Han Solo; hear laugh-out-loud phrases
FAST-PACED ELECTRONIC GAME FOR KIDS: The game unit commands players to take 3 actions in a random order, and they need to respond fast and accurately to win; Bop It, Twist It, Pull It
PLAY SOLO OR WITH MULTIPLE PLAYERS: The electronic game unit Includes Solo and Pass-it modes, so kids can play the Bop It! game on their own or in a group
• Includes Bop It! Chewie Edition game unit and instructions.
• Ages 8 and up
• 1 or more players
• 2 x 1.5V AAA alkaline batteries required. Demo batteries included.