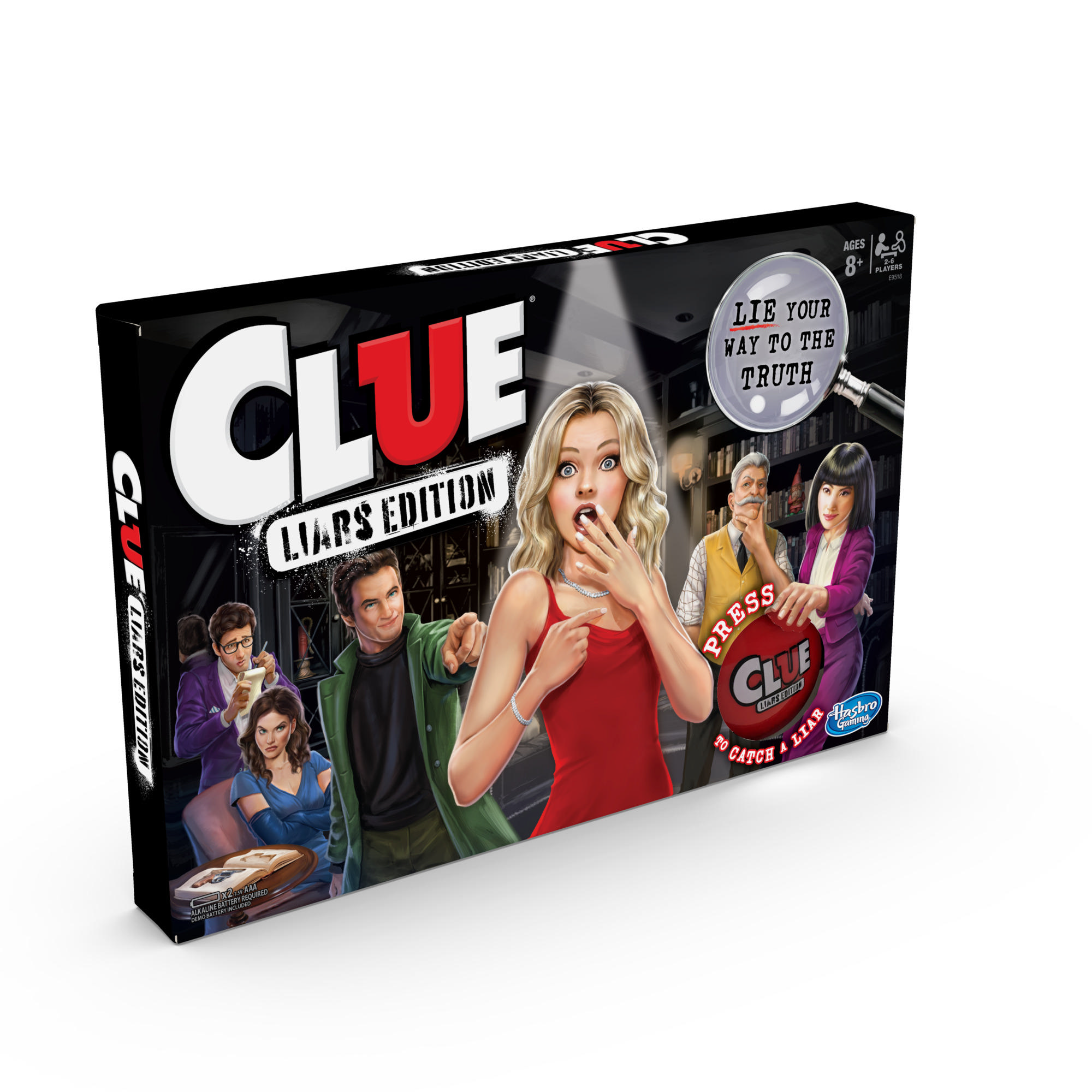 Clue Liars Edition Board Game for Kids 8 and Up

Sometimes you have to lie to get to the truth in the Clue Liars Edition board game in which players use Investigation cards (there are 6 Lie cards and 6 Truth cards) to help them figure out who killed Mr. Boddy in the mansion. Players pick a card and read it out loud, trying to play it cool and convince other players that they're telling the truth …even if they're not. If a player suspects they're lying they can call that player out by hitting the Liar Button. Were they caught lying or were they telling the truth? Either way, an Evidence card is revealed and players move one step closer to cracking the case. When a player is ready to make an accusation, they secretly look at the cards placed inside the case file envelope to reveal Who, What, and Where. A correct accusation wins the game!
Hasbro Gaming and all related trademarks and logos are trademarks of Hasbro, Inc.

LIE YOUR WAY TO THE TRUTH: Sometimes honesty is not the best policy…at least in this edition of the Clue game. Players sharpen their skills of deception with Investigation cards
THE LIAR BUTTON: Pick an Investigation card and read the action out loud. Whether it's a Truth card or a Lie card…try to be convincing. If another player thinks you're lying they can hit the Liar Button
WHO, WHAT, WHERE: In this twist on the classic mystery board game, players try to solve the murder of Mr. Boddy. Discover whodunit, with what weapon, and in which room
FUN FAMILY GAME: Remember playing the classic Clue game when you were a kid? Take out the Clue Liars Edition game for family game night, play dates, and rainy day entertainment. For ages 8 and up